Latest news and headlines from the Adult Industry for the week of July 1st, 2022

Season 3 is now on Video! New Mega Stars, New Look and New Platforms!
Voted #3 Best Adult Industry Podcast 2022 by Feedspot: Adult actress, webcam model, and your host, Lily Craven, interviews adult industry talent, in front and behind the camera. Be sure to catch the beginning of each episode when Lily subjects her guests, unknowingly, to phone sex. As you can imagine, there is a lot of characters and personalities in the adult industry! So, grab your lube and get ready for the next episode of Phone Sex with Lily Show.
Now On Video! https://m.youtube.com/channel/UCOtPJ_6GXorjVzCEJ5aY5Aw Support this podcast: https://anchor.fm/lily-craven/support

Danglin’ After Dark with Dick Dangle

Danglin’ After Dark with Dick Dangle

A Home for All Things Adult

If it fits, it ships!

» Popular Searches by State in July and August of 2022

Licking Non-Vanilla is a sex-positive hour of talk about kink, sexual mores and writing dirty words. So pull up your favorite easy chair, a cup of hot cup of cocoa and the lube, and sail into the dark, sweet waters of all things naughty… on Licking Non-Vanilla, with your hosts Ralph Greco Jr. and M.Christian.

29-Her Last Name Is Hussey, But She Isn't Really One…Well Maybe In The Naughty Stuff She Writes
byLicking NonVanilla

Stripped by SIA, your podcast for strippers, sex workers and all the fancy naked people.

#138 – Non-Fungible Tokens: Is It the Future for SW? w/ Lorilee Fedler of Fantasy Digital
bySTEPHANIE SIA

There has been so much interest in cryptocurrency, blockchain and decentralized systems and with our payments methods constantly being threatened by big financial processors, people have been seeking out alternative methods on how to get paid and other platforms that we can thrive on. Lorilee Fedler, the founder of Fantasy Digital, reached out to me to speak about her new company, a creator-specific platform powered by blockchain. We speak about what we can expect from the platform both as a client and as a creator, how it is structured to “give back” to its creators, and the incentives for all parties. We also discuss and explain in entry-level terms what a non-fungible token is and how Fantasy Digital is injecting more value behind their NFTs. A brief, yet needed discussion on ownership, anonymity and why this might be a viable option for SWers. Lastly, we discuss the monthly NFTease contest that Fantasy Digital is putting on and what that might entail. Of course, I’m no expert at this so I continually would encourage everyone to do their due diligence and conduct proper research before getting into this.

Watch the video exclusive only on Patreon: Patreon.com/strippedbysia

This week on the TI Radio show, we discuss the politics of the day, how old we are and how there are just things at our age we won’t do anymore like Disney parks.

An ex-Mormon gay girl trying to figure out life. Hosts Mary & Shelly tackle religious trauma and later-in-life LGBTQ issues while laughing their asses off on an every-other-week podcast.

165: Mormons Don't Want You To Be Queer
bySquare Toe Productions

In today’s episode we’re reading from two LDS-authored books: “Mormons & Homosexuality” and “Encouraging Heterosexuality.” We’re super stoked to debunk both of them. We also want to give a shout-out to our sponsor, Modest Mix Teas, who lovingly provided the delicious and subversive tea blends that delight our senses and encourage our unapologetic love of swearwords. Hooray for beverages that go against the word of wisdom or whatever. Check them out at www.modestmix.com, and be sure to enter latterdaylesbian20 at check out, so they can figure out that we directed listeners there and stuff. You know, algorithms.

Oralicious - A Tale of Sex 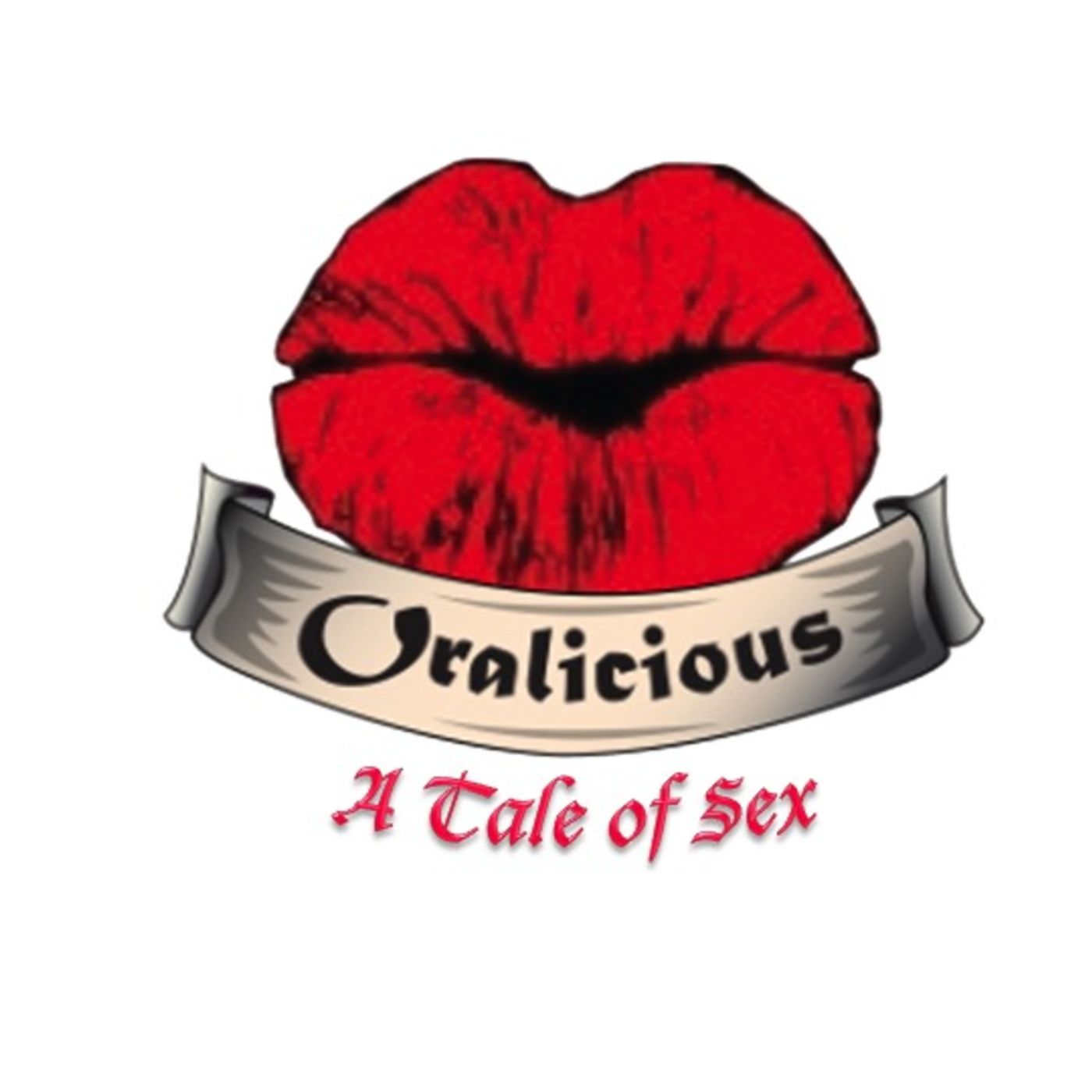 Oralicious – A Tale of Sex

News flash! Oral Sex is still taboo in the 21st century, and I find this SHOCKING!!! “We are all born sexual creatures” – As wonderfully stated by Marilyn Monroe. Our bodies are designed to enjoy many great pleasures, and one way is by sexual stimulation; which is natural. Having an orgasm releases stress and toxins from the body, again naturally. My Podcast, Oralicious – A Tale of Sex, will be an eye-opener that focuses on exploring our natural gifts through our 5 Senses, Kissing, Foreplay, and especially Oral Sex. With you in mind, I want to shatter the glass ceiling, create healthy conversations about Oral Sex, and dispel of the notion that Oral Sex is a bad, foul, or disgusting thing. Let’s stop the CRAY-CRAY! Men love having their dicks sucked, that’s a fact and a must-have for 99% of men. And women want to enjoy the Pleasure Journey of climaxing during sex, too, by way of Oral Sex. We all have a Tale to Tell about Sex, so what’s your Tale?

…Get ready to reset your life

Are you ready to connect to the Light? Join us for a truly transformative weekend, a journey back to the source of Tantra, the sacred Heart. For this is the bridge between the three Earthly chakras, and the three Cosmic Ones. Helping the new Leaders of today make an even bigger impact on the emerging world tomorrow.

✅ 15 amazing speakers from Keepers of the Eastern traditions, Egyptian secrets, and Indigenous medicine with cutting-edge doctors and scientists

✅ Learn the true meaning of Gandhi’s saying, “Be the change,” as your own inner light begins to burn even brighter.

✅ Ignite a lifestyle reset, experience life at a high frequency and vibration, and an experience that will bring you closer to your self-love discovery, these are proven tools that we’ve used to build a life we love!

These strategies are tried and true that transformed our life.

CLAIM YOUR TICKET TO THIS CONNECTING TO HEART

You want exclusive and Premium episodes. Subscribe to my Premium Smoke Room

https://anchor.fm/smokethisova/subscribe for 5 Premium Podcasts and Special episodes ($4.99 a month)

Send in a voice message: https://anchor.fm/smokethisova/message

Sex Stories is a podcast where mostly anonymous guests share the details of their sexual desires, delights, disappointments, discoveries, and dreams.

These hyper-personal interviews offer a hot mix of practical how-to, insight into other peoples’ feelings about sex (so dating apps start to make sense), and gives listeners a chance to safely fantasize about what they might want but have never dared to ask for, and how it might feel. And, while the conversations are super duper thoughtful and respectful, listeners say they get turned on listening, a lot.

When we practice prioritizing pleasure over fear of judgement, we have better sex. More connected sex. Hotter sex.

Partners who listen together report wildly amazing new levels of connection that have led to new phases of joy in their relationships and their sex lives.

Let’s create a world where taking care of each other is the norm.

187 | She Tied Up My Junk Like I Never Imagined: Wil’s Sex Stories
byWyoh Lee

➡️ QUESTION | Do you have any sexy memories from the orange orchards growing up?

➡️ APPLY TO BE A GUEST | www.creation.place/sexstories

Support this podcast at — https://redcircle.com/sex-stories/donations

Welcome to the Strictly Anonymous Podcast where you get to listen in to the secret lives of total strangers. I talk to real people about their interesting, secret lives as well as talk to real people with real problems and I give them my unprofessional advice. If you have a secret, interesting life and/or a problem you want to discuss while remaining anonymous, email me at strictlyanonymouspodcast@gmail.com

Have something you want to confess while remaining anonymous? Call the Strictly Anonymous hotline now at 347-420-3579. Lines are open 24/7. Please note, everyones voice will be changed.

Want a private convo with me that won’t be aired on the show? All calls are private, confidential and anonymous. Click here for more info: https://calendly.com/strictlyanonymouspodcast/45min

To see anonymous pics of most of my female guests + get early access to all episodes, + anonymous confessions join my Patreon. It’s only $5 a month and you can cancel at any time. You can sign up here: https://www.patreon.com/StrictlyAnonymousPodcast

Sponsors of the show:
Want to have better S-E-X?! Who doesn’t?! Use Promescent! https://www.promescent.com
For the BEST vibrators by MysteryVibe click here: https://bit.ly/3kLkjRW
Hear the hottest stories on Dipsea! 30 day FREE TRIAL https://www.dipseastories.com/strictlyanon

Cody loves wearing bras and panties and more and he calls in to talk all about it. When did he first realize he was interested in dressing up? How did he feel about his fetish? And how open has he been about it? Tune in for all the details which include who he stole his feminine clothing from when he was little, how he felt when he was dressed up, how his initial interest in bras and panties led to being interested in all things feminine, how and why he sometimes purges his clothing, how he opened up about his fetish to his wife, how she reacted and how it effected their relationship, his religious upbringing and how that effected him, his negative feelings about his fetish and how he is working through them, his relationship issues with his mom and how that ties into his fetish, his large stash of female clothing and where he hides it, what he loves to wear and a whole lot more.

**To see pics of Cody’s stash + get a ton of exclusive fetish content + see anonymous pics of most of my female guests + get early access to all episodes, join my Patreon. You can cancel at any time. You can sign up here: https://www.patreon.com/StrictlyAnonymousPodcast

Want a private convo with me that won’t be aired on the show? All calls are private, confidential and anonymous. Click here for more info: https://calendly.com/strictlyanonymouspodcast/45min

Want to have better S-E-X?! Who doesn’t?! Use Promescent! https://www.promescent.com

For 20% of Everlywell at home test https://everlywell.com/strictlyanon

Omari and Pegasus go behind the scenes of an adult entertainers content party where adult performers network and gather to perform together. Dom Kat from sex workers survival guide as well as Maybach Sha from the Respek the Blackout podcast join the season finale episode. The event was hosted by Trinity Ava. rising adult performer and tribe member of the Nzuri Kabila group. You can hear the sex in the background!